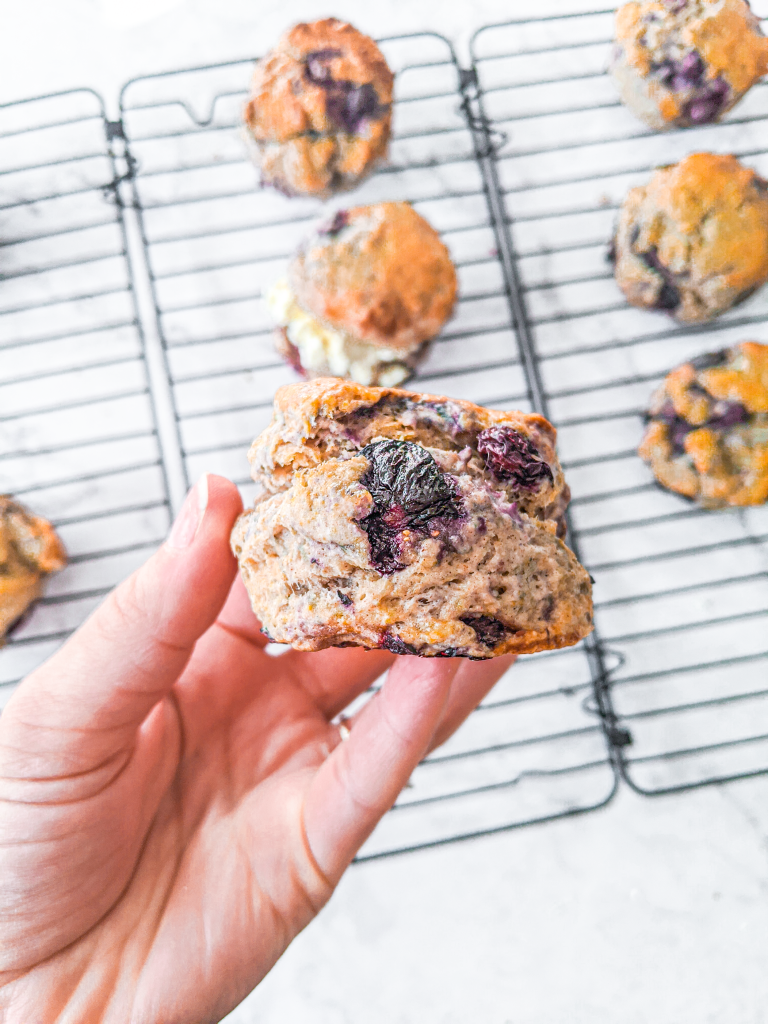 Foolproof blueberry and cinnamon scones that are soft, fluffy, and just the right level of sweet. Make them in less than 10 minutes prep time.

A few weeks ago I came across an English scone video recipe by Cupcake Jemma aptly entitled How to make perfect English scones. I’d tried my hand at scones a number of times in the past and with few exceptions, they never quite puffed up the way they were supposed to.

This time was different though. These scones turned out fluffy and light with just the right denseness and sweetness to complement the Mauritian vanilla bean I used instead of extract.

They were so good that I made the plain vanilla bean scones two or three times before I even thought about adding things to the recipe.

When I did finally decide to make some changes, I deliberated a bit between dried raisins, dried currants, or frozen blueberries. I settled on frozen blueberries because I wanted more of a contrast but I think dried would also be tasty (just substitute 3/4 cup dried to two cups fresh).

In addition to these blueberry cinnamon scones, I also made Spanish style smoked paprika and cheese scones that I served with Spanish style accoutrements like marinated red pepper, green olives, salami, and ham. Recipe to be posted soon.

The recipe worked every time I made it and also worked with my additions.

It’s very simple and required less than 10 minutes of hands on prep time and 15 minutes of baking – which means (provided you have these ingredients on hand) you’re less than 30 minutes away from hot and fresh English scones.

A note on using a food processor

I used a food processor to make these scones just like the original recipe does. I think this helped the blending aspect quite a lot. It could be that the success of the recipe is due to the food processor.

I recently bought my first food processor so it could be that in the past my scones have failed because I handled them too much. That being said, people made scones with their hands long before we had food processors so it has to be possible.

If you have a food processor then definitely use it. If you don’t, I suggest freeing the butter in advance (at least 30 minutes to an hour or more) and then grating it with a cheese grater and combining it with the dry ingredients with two forks.

I served the scones with mascarpone since clotted cream is hard to come by around these parts.

Butter would also be perfect. I didn’t eat them with any jam since I felt they were just sweet enough, but if you like things a little sweeter then you might enjoy a bit of jam, marmalade, lemon curd, or even cookie butter (why not right?). 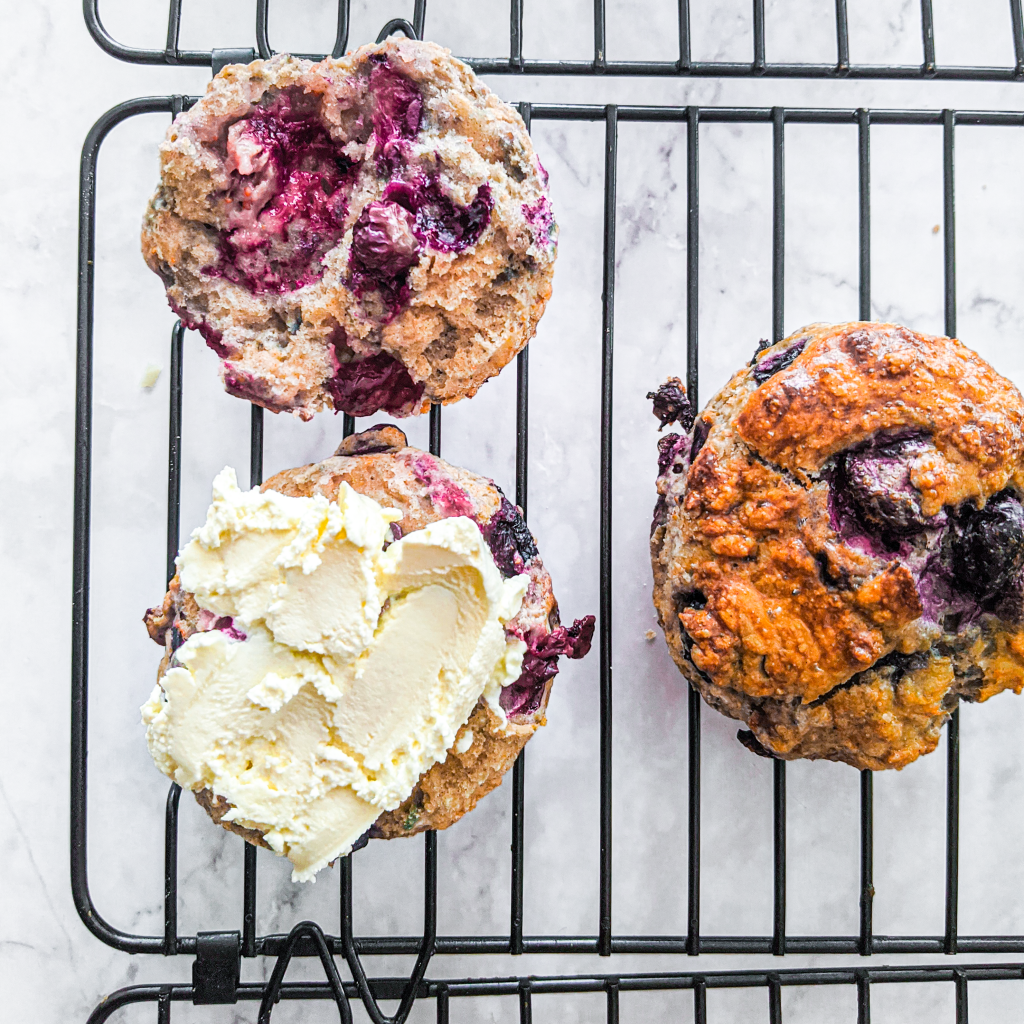 We all need a bit of baking therapy with the trouble in the world these days. These scones soothed my soul. I loved how easy they were to make and I love how adaptable they are to different flavour profiles.

I’ll be keeping this recipe in my repertoire and really recommend you give it a try too – you won’t be disappointed.

I hope you’re all staying safe and enjoying some quality time inside. 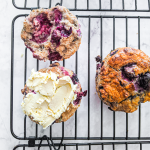 Foolproof blueberry and cinnamon scones that are soft, fluffy, and just the right level of sweet. Make them in less than 10 minutes prep time.

Combine the flour with the salt, sugar, baking powder and cinnamon.

Use either a food processor or two forks to mix the butter into the flour without handling it too much.

Add the blueberries to the butter and flour mixture until evenly spread around and coated in flour.

Scrape the vanilla bean or add the extract into the milk, then pour the milk into the rest of the mixture. Mix with a wooden spoon until just incorporated.

Turn over onto a lightly floured surface and use your hands to press it roughly into a mound. Sprinkle a bit of flour on the top too and use a rolling pin to roll it out to about 3 centimetres / just over an inch thickness.

Use a 7 centimetre / 3 inch pastry ring (or similar sized glass) to cut circles out of the dough. Place them on a lined tray.

Beat one egg in a bowl and brush the egg across each scone.

After the initial round of cutouts, the dough won’t puff up as consistently. I still just press it together and cut as many rounds out as I can get. The initial round makes 12 7 cm / 3 inch scones and I usually get about 8 – 10 more in the second round.

Find me on social media

Get my monthly food & cooking roundup