Friends, I’m going to share a super easy and flexible weeknight recipe for beef stroganoff not only because it’s creamy, carby, hearty and delicious goodness in 30 minutes or less, but also because it’s so representative of the beauty of improvisation in the kitchen.

When I got home from work today I had no idea what to do for dinner. I played around with the idea of a riff on Thai beef but I wasn’t sure if there was sticky rice in the pantry. I also wanted to do other things besides cook tonight (know what I mean?) and so I decided that plan was much too involved. I needed something faster.

I knew that I had pasta, ground beef, mushrooms, milk and flour for a roux, and cheese: the basic ingredients for a stroganoff – or so I thought.

That’s when I decided to look up the origins of beef stroganoff. I’ve been thinking a lot about authenticity in food lately. Although I love a good origin story as much as the next person, the more I’ve explored the concept of authentic recipes the more I’ve realized that such a thing rarely exists.

The first time carbonara is written as a term and means that food is in 1954. Even though this is again something that we’ve taken on and we want to believe that it started out somehow with the Romans. It’s origins are various in their history. They’re many and various and incidentally as are the ingredients, many and various, preparation methods as well. But I don’t think there’s any other Italian food right now that so incites the fury of the authenticity police than this dish. And it’s amazing to me because it’s also sort of – as far as the collection of ingredients goes – it’s kind of a no brainer that it was going to happen. And yet we want to believe for some reason that it has a specific origin, it has specific ingredients. Food Historian Karima Moyer-Nocchi on A Taste of the Past Podcast Episode 317

When it comes to the origins of beef stroganoff, the only consistent ingredients seem to be the beef and cream base. As it turns out mushrooms are relatively rare, and the ingredients I added on a whim, tomato paste and wine, are in fact very common additions. From somewhat mysterious origins in Russia in the late 19th century to present beef stroganoff has been adapted in countless styles around the world – in Japan it’s prepared with soy sauce and in Brazil, sometimes with shrimp.

Like goulash, American chop suey, or Bolognese sauce, beef Stroganoff is one of those dishes that has suffered from a severe identity crisis in the latter half of the 20th century. Depending on where in the world you order it, you end up with vastly different dishes in front of you….Its true origin is more than likely forever lost to the creamy, murky, broken sauce of time.  Serious Eats The Food Lab: Rethinking Beef Stroganoff

So the moral of the story is that beef stroganoff is so adaptable to local ingredients that it’s literally been remade all over the world – so why not remake it in your own kitchen with whatever you have on hand?

Don’t have milk? Use cream or cream cheese or sour cream.

Don’t have tomato paste? Use some tomato sauce or even a diced up tomato.

No ground beef? Use pork, or chicken, or even shrimp like the Brazilians do.

It also doesn’t have to be served over noodles. Stroganoff is commonly served over potatoes in Germany and sticky rice in Japan. It would also be delicious over creamy polenta.

That’s the beauty here. Not only that it’s a tasty, hearty and classically comforting dish in 30 minutes or less, but that it’s so open to improvisation. So go wild. Use this recipe as inspiration and chart your own course because the recipe is a roadmap but the map is not the territory. And if you end up with some homemade hamburger helper then that’s okay too.

An easy and adaptable weeknight beef stroganoff that you can make with about six ingredients in 30 minutes or less.

Put pasta to boil in generously salted water. Cook according to package directions. Heat oil in a skillet over medium heat. Add ground beef and cook, using a stiff spatula to break up the meat as it cooks so it doesn’t clump together. At this point salt the beef to your taste, and add the black pepper and onion powder if using.

Once the meat has browned, sprinkle the flour over it. Cook for a few minutes more until all the remaining liquid is absorbed by the flour / beef mix and it starts to sizzle in the skillet. At this point add the milk, tomato paste, and the white wine if using. Stir until the liquids are mixed well and begin to thicken and form a gravy.

Once the sauce has thickened, cut about 150 grams / 5 ounces of cheese. I used gouda because it was what I had but you can use any melting cheese including cheddar or mozzarella. Toss it right into the skillet with the meat – it doesn’t have to be shredded or grated.

Cook for a few more minutes until the cheese melts. You can also use your spatula to break it up and help it melt faster.  Once the cheese is melted, it’s ready to be mixed with the pasta.

Serve hot with a sprinkle of black pepper and some more grated cheese if you like.

Do you want to get a monthly roundup of all my kitchen experiments, recipes and cooking tips? Sign up for my once per month newsletter.

Find me on social media

Get my monthly food & cooking roundup 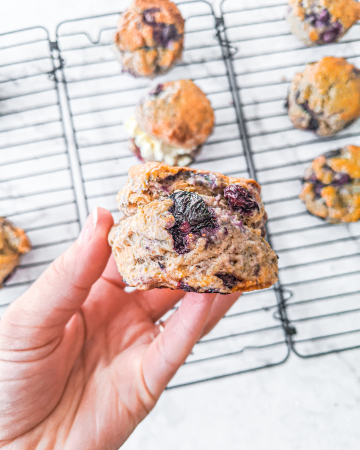